“We are calling upon Prime Minister Albanese to deliver on the ALP’s election commitment that his government will prioritise preventing discrimination against people of faith and maintain the right of religious schools to preference people of the same faith in the selection of staff,” she said.

“We hope and pray that an Albanese Government can succeed in achieving this overdue reform for people of faith where the Morrison Government failed.”

“The support for protections across all party lines and amongst those without a religious faith is reassuring,” he said.

“Parents with children in a faith-based school clearly understand the importance of ensuring staff share the school’s beliefs, with nearly 90% expressing support for protecting that right.”

“The ACS position, Christian education for the common good, is strongly supported by the findings of the National Poll on Attitudes to Christian Schools.

“It is evident from the National Poll that both people of faith and people of no faith strongly support the contribution Christian schools are making to educate young Australians.” 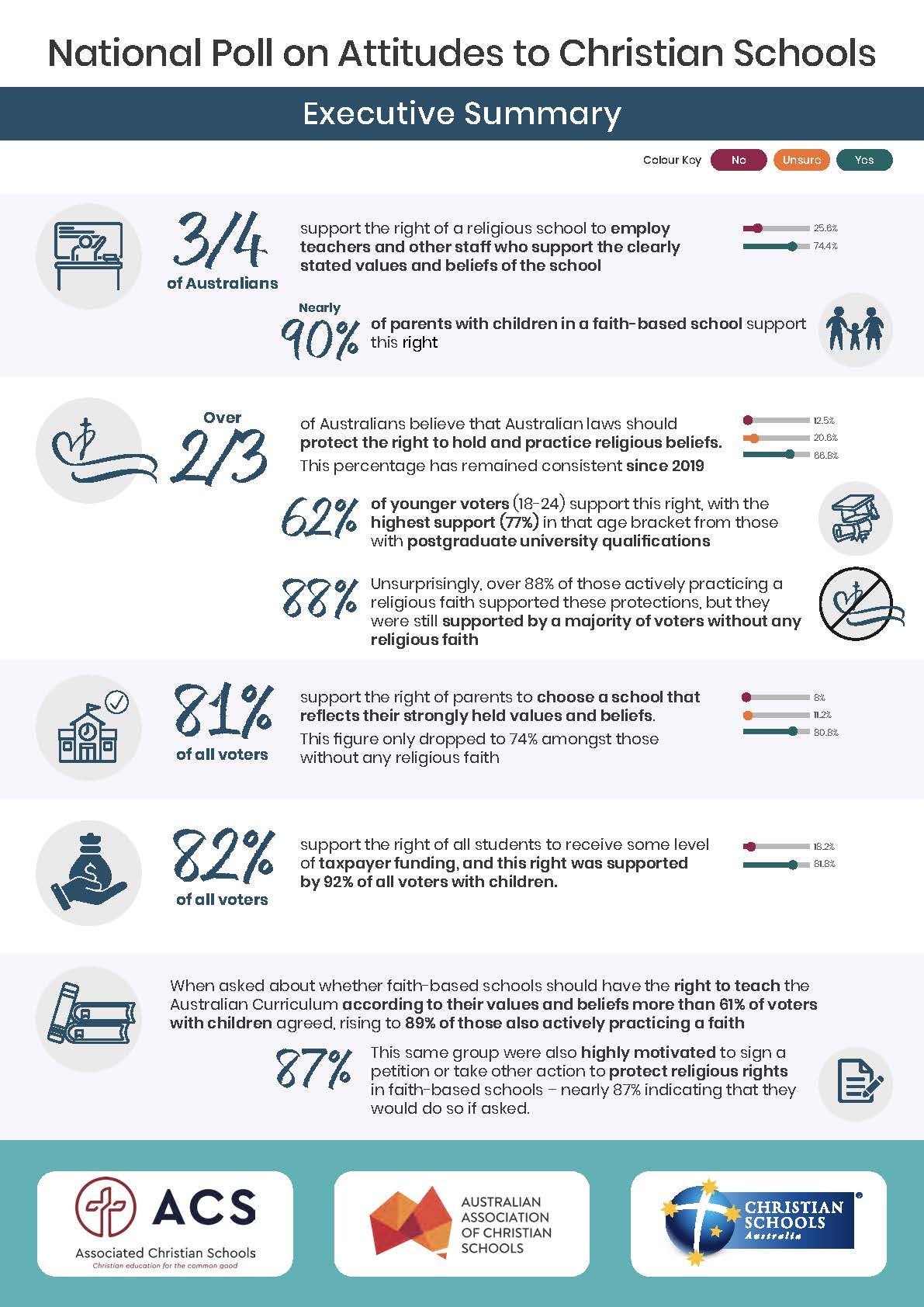 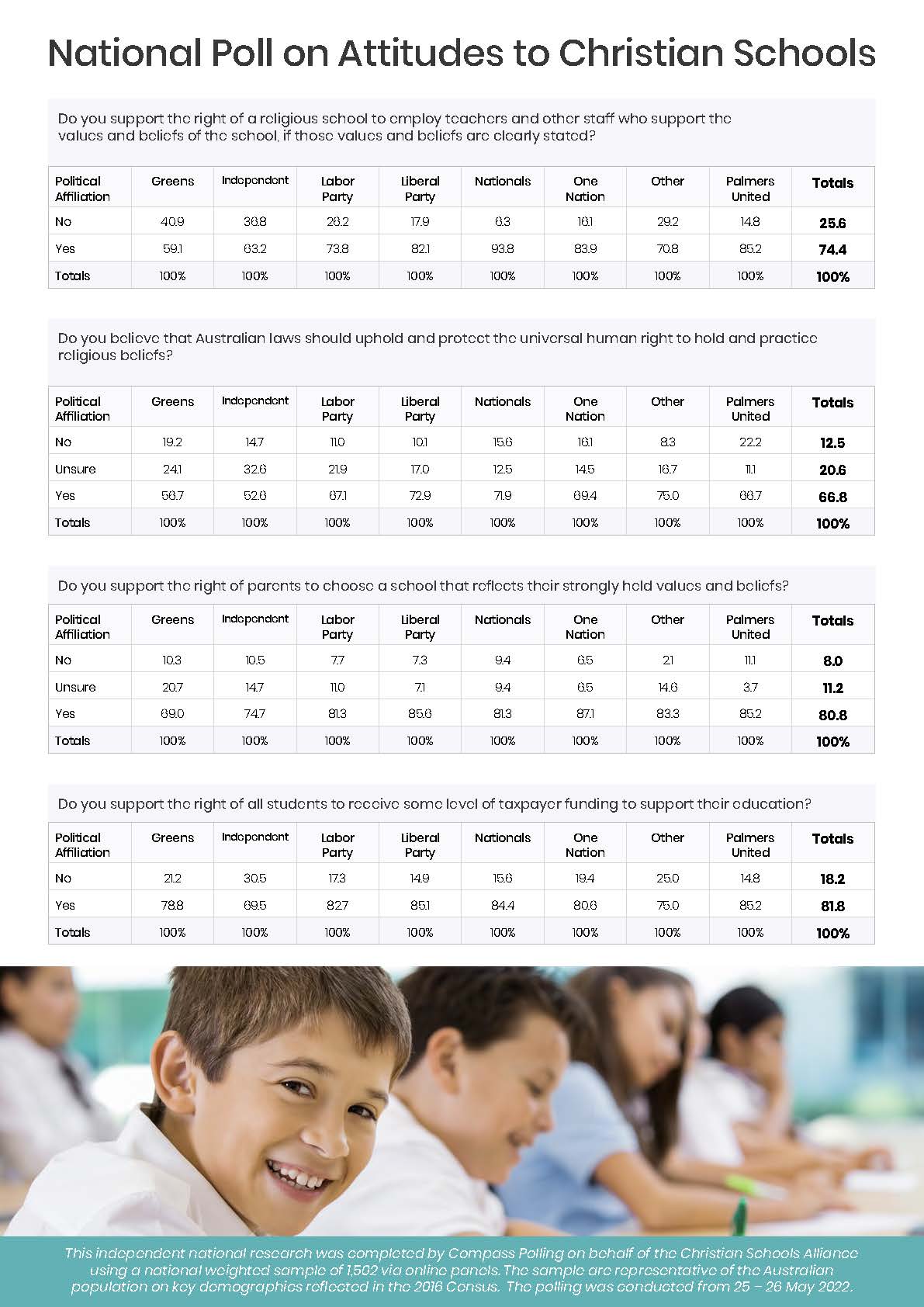