The Christian Schools Alliance launched its campaign today to inform Canberra voters about the threat to their beliefs and values in the lead up to the ACT election in response to the poorly drafted Sexuality and Gender Identity Conversion Practices Act 2020 passed by Labor and the Greens on the last sitting day before the election. AACS were disappointed that the ACT Government and the Greens passed flawed legislation without any genuine attempt to fix the Bill and address community objections. Instead of a Bill addressing coercive or abusive practices which everyone would support we have legislation that could put mums and dads across Canberra in jail. The rejection of sensible amendments that would have clearly protected parents, teachers and people of faith across the ACT reinforces our concerns about the legislation. Mums and dads across Canberra need to be asking candidates whether they will support parents, families, teachers and people of faith in the next Assembly. 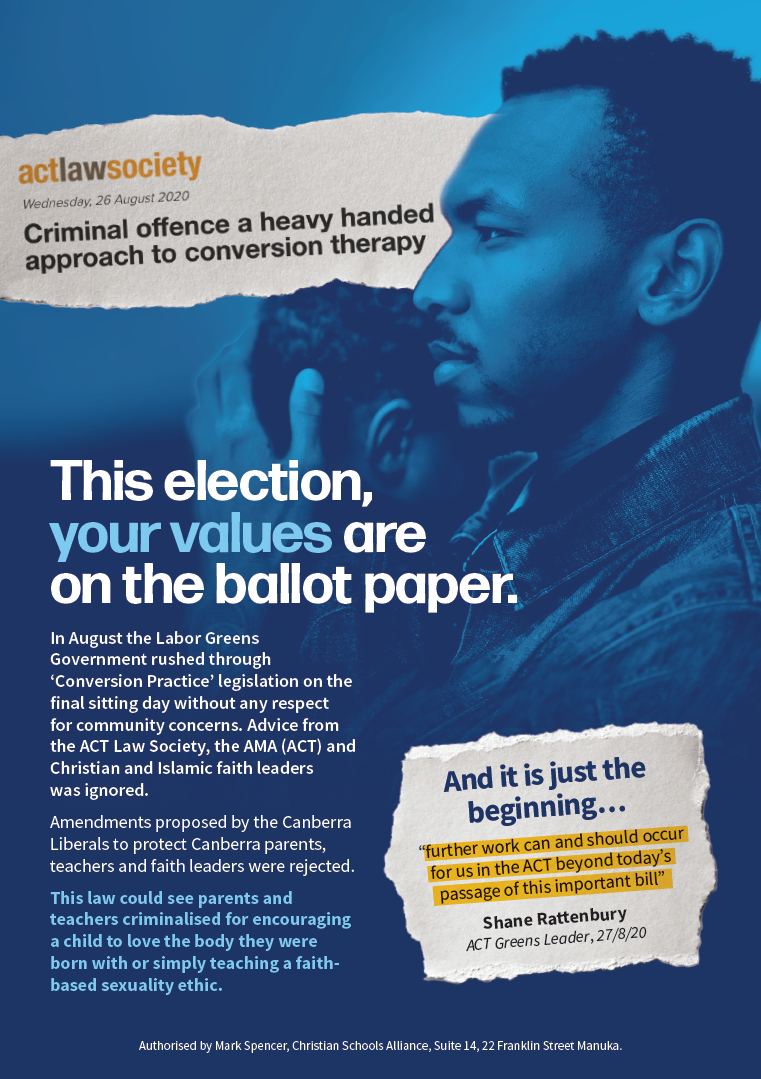 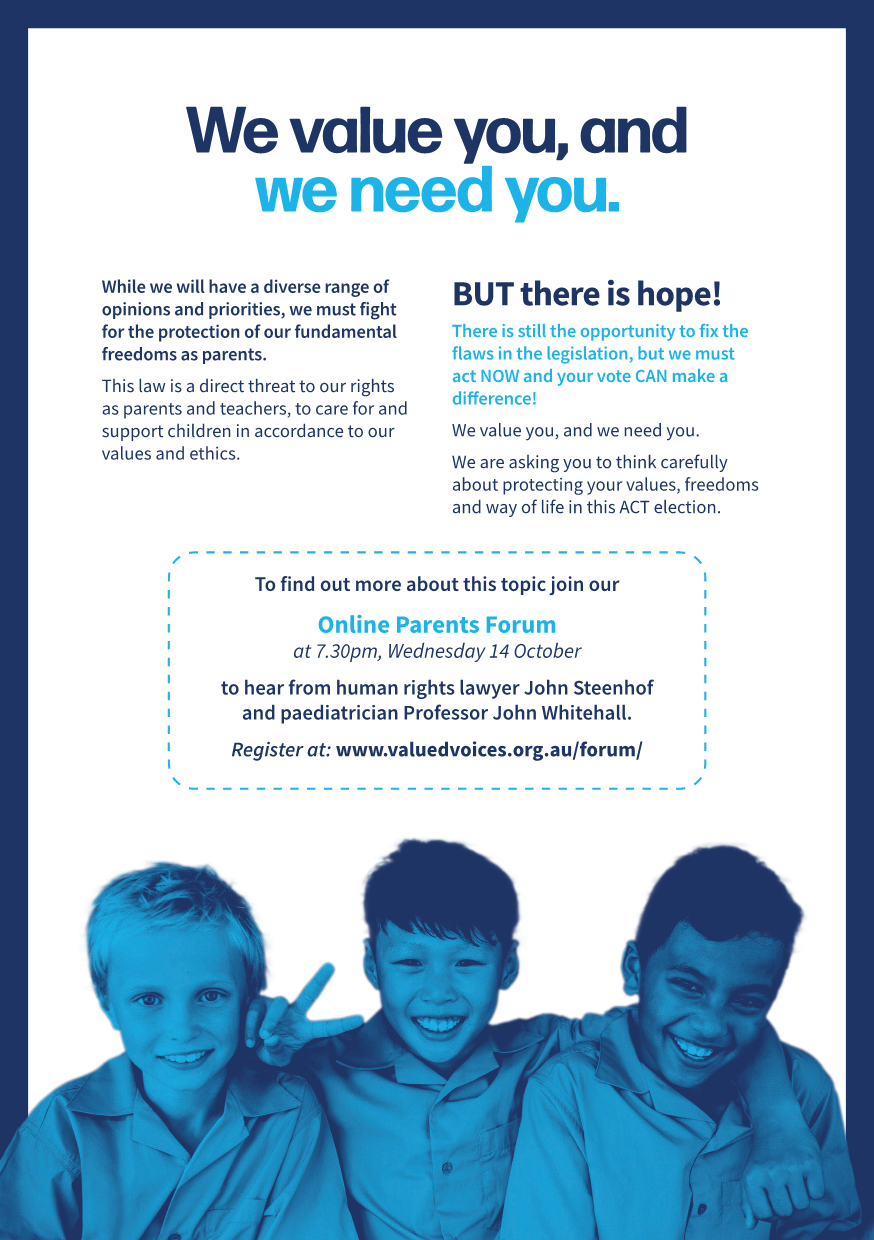