New research shows large support for religious schools in Australia and for legal protections for those schools to remain authentic religious communities in support of parents to choose the education they want for their children. 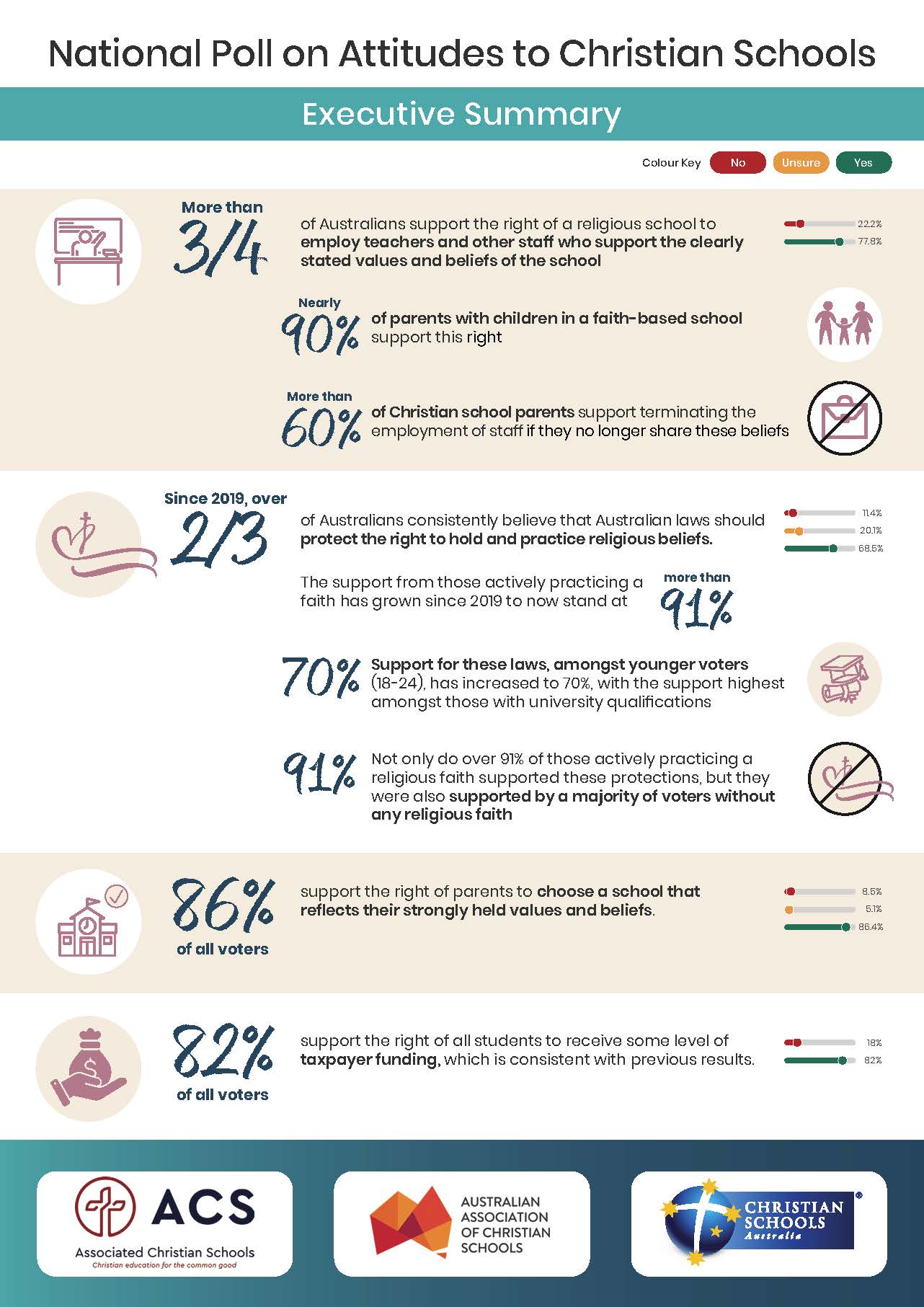 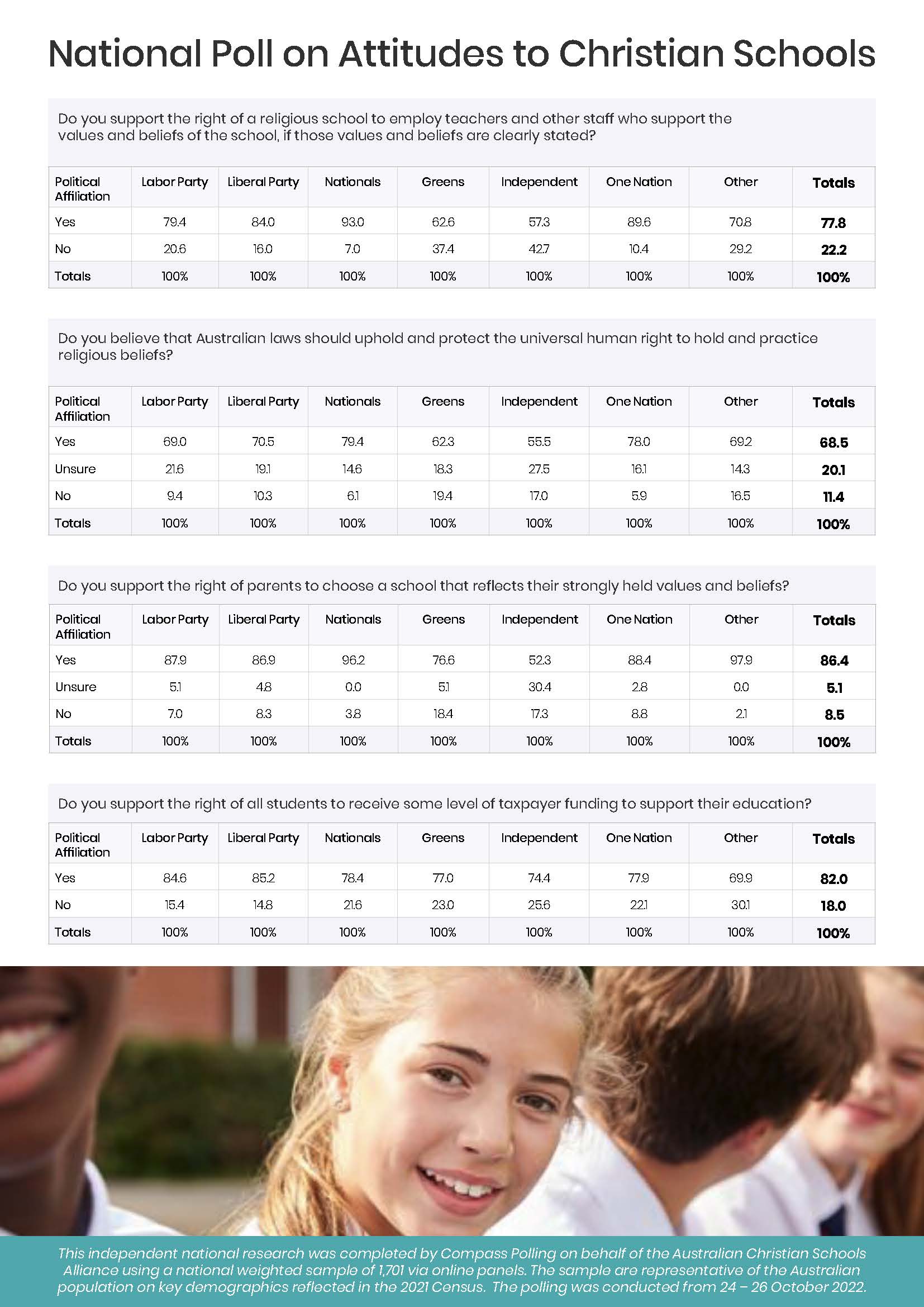 These results demonstrate an increasing concern amongst young people for the future of religious freedom in Australia and a recognition among secular society that religious communities enrich our society and therefore warrant protection. Religious diversity and freedom is a part of the wider multicultural project in Australia, but recently we have seen almost every State and Territory Government has moved to narrow or abolish the legal protections for Christian schools, making a Federal Religious Discrimination Act all the more necessary. Recently, we have the Federal Attorney-General refer the question of protections for religious schools to the Australian Law Reform Commission with a view to maintaining the legal protection for religious schools in a way that is consistent with other discrimination laws.

Maintaining these protections for Christian schools is clearly something a clear majority of Australians want to see in stark contrast to what State and Territory Governments are doing.